How to Recognize the Warning Signs of Panic Attacks.

What is a panic attack?

Panic attacks are abrupt episodes of extreme anxiety and dread. Attacks often happen without warning. Some people have one panic attack, while others have multiple. Most people have repeating episodes after being exposed to “triggers” of panic. Panic episodes can cripple a person mentally, emotionally, and physically. Panic attacks can cause panic disorder in extreme circumstances.

Who gets panic attacks?

Many people are affected by the illness. Panic attacks are thought to affect 10% of the population overall, but many people still go undiagnosed or receive a misdiagnosis. They more frequently arise in young adults. Attacks on females are twice as likely to occur as on males. People also say that the disorder is passed down through genes, which suggests that panic attacks may run in families.

How do I know if I am having an attack?

A panic episode can be recognized by a variety of symptoms and indicators. They include a fast heartbeat or palpitations, chest pain, shortness of breath or hyperventilation, nausea, upset stomach, trembling and shaking, tight muscles, sweating, lightheadedness and dizziness, hot or cold flashes, tingling or numbness, fear of dying, losing control, or going crazy, and a feeling of being separate from the environment.

The signs and symptoms of panic attacks are similar to those of a heart attack. The former is not dangerous, while the latter is potentially fatal. It is therefore best to seek emergency medical help, especially if the patient experiences it for the first time.

What cause an attack?

Many panic attacks occur suddenly and for no apparent reason; they just happen. However, incidents like a loved one’s passing, domestic disputes, strained relationships, a parent’s divorce, a car accident, being embarrassed in public, etc. can also trigger attacks. When a person is exposed to many scenarios or events that are almost identical to those from the past that may “trigger” terror, an attack may happen.

Panic attacks and stress are closely related. Stressful life circumstances, as well as stressful job and living situations, are triggers. It is also thought that genetics can trigger an attack.

What should I do during an attack?

Panic attacks typically last 5–10 minutes. However, these signs and symptoms can cause discomfort. Controlling your breathing during an attack is crucial because the increase in heart rate is the main cause of other symptoms. Slowly, thoroughly breathe. Breathe in gently for 3 counts, then hold for 3 slow counts. Exhale slowly three times.

Repeat until you feel at ease. Get up carefully and start walking if you can. Breathing into a paper or plastic bag works well too. You can breathe in your carbon dioxide again as a result. Too much breathing lowers the amount of acid in the blood, which carbon dioxide helps to fix.

While practicing deep breathing, try to focus your attention away from the cause of your panic. Replace your anxious thoughts with happy ones. If available, do something that will occupy your mind, such as solving puzzles or playing word games. 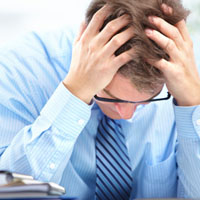 What Should You do if You Have a Panic Attack 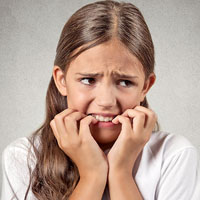 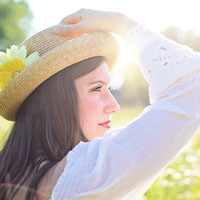 How to Treat Panic Attacks